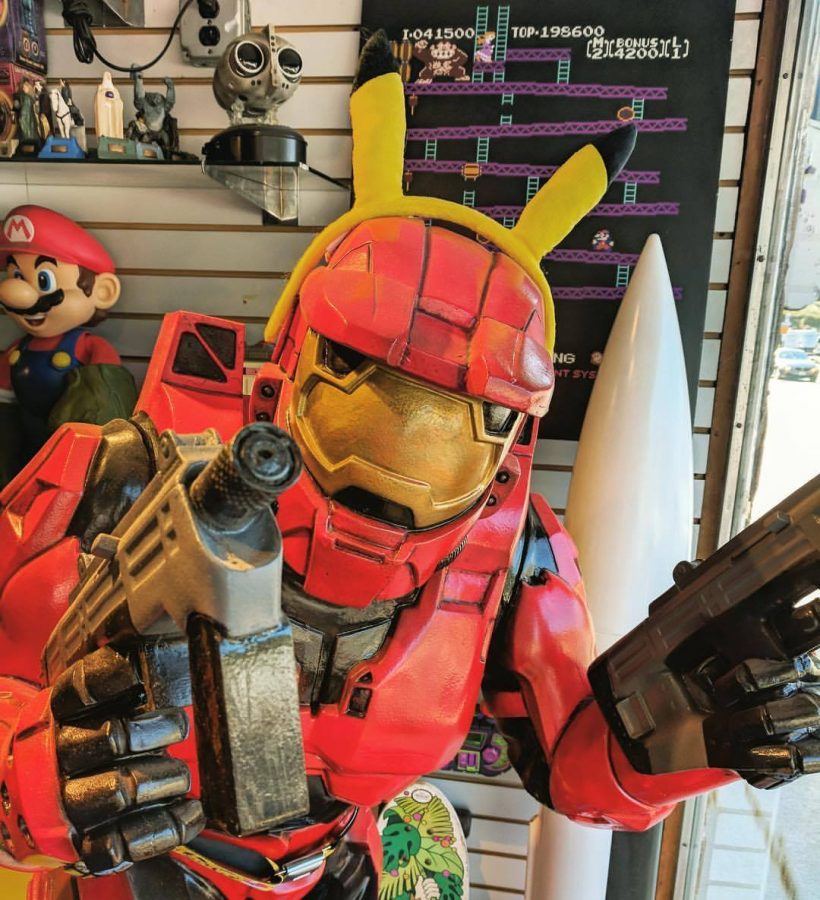 Master Chiefachu stares out at the Hillsdale town center clock eagerly awaiting quitting time.  He watches as the commuter trains come and go, waiting for his figurative train to come in.  As the seconds tick by, he daydreams of returning to his home and playing Halo 2 (his favorite of the franchise) and Super Smash Bros. Melee on his Japanese Nintendo GameCube Launch Edition Spice Orange console.  Often people will tell him he’s cheap for using Kirby so much, but he thinks it’s cute how he wears other peoples hats when he eats them.  He wonders if people think he ate Pikachu.